I’ve been refreshing my memory on Sogdian homes lately so that I can portray them decently in the comic. 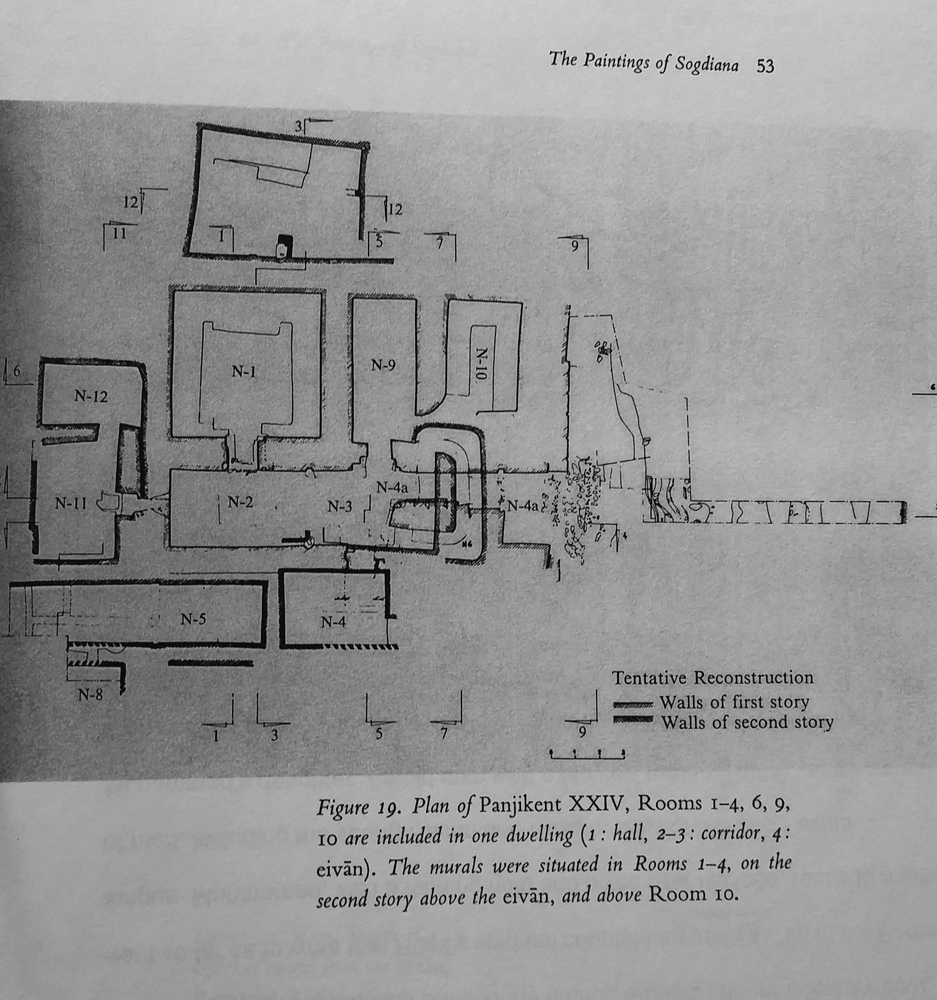 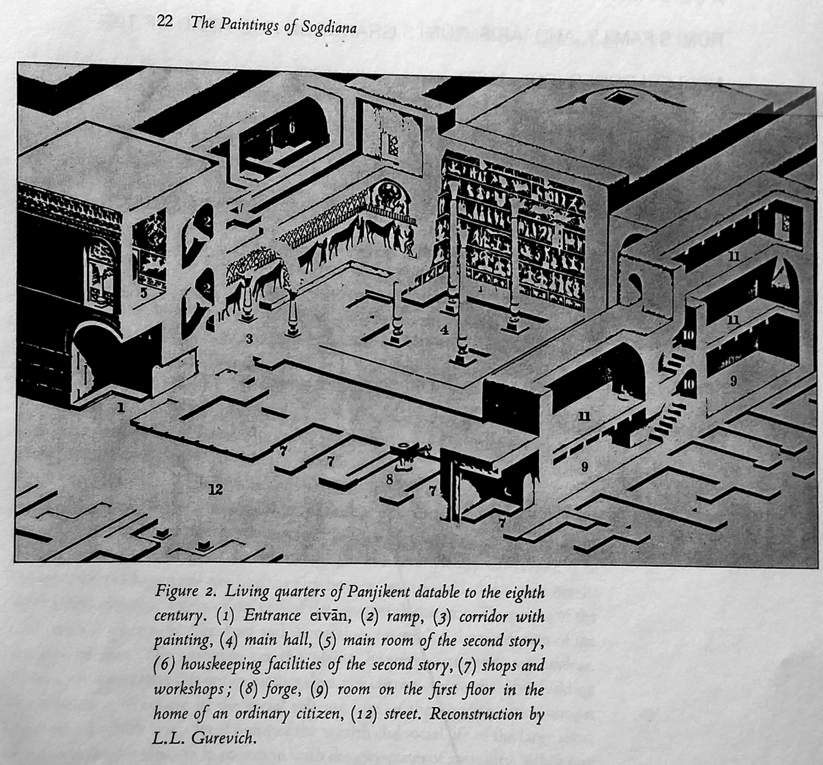 Both of these are from Sogdian Painting: The Pictorial Epic in Oriental Art. Please excuse their crumminess, but they’re actually photocopies. Snagging a copy of the book is, uh, a little expensive, so I need to make do.

The #1 biggest reason why I decided to have my characters originate from Panjikant specifically–basically a suburb–is because a great deal of the Sogdian town of Panjikant and its ancient murals have been excavated. It gives me a lot to work with from an artistic/archaeological standpoint. Both of these housing plans are derived from Panjikant houses. There’s been a lot of excavation of Sogdian architecture from Samarkand as well, but I guess I wanted to be thematically different 🙂

The aristocrats and merchants (and merchants were really just a step below the aristocrats) often had larger houses with small stalls along the street that could be rented out to craftspeople to sell their goods–not that different from streetside bodegas built into NYC apartments, now that I think about it.

Well… wish me luck as I draw all this.